Of course, with the powers-that-be at Disney remaining tightlipped, it’s still anyone’s guess as to what we can expect when that galaxy far, far away finally lands at Walt Disney World. And yet there are some very intriguing hints already to be found in and around Disney’s existing Star Wars attractions…if you only know what to look for. As usual, “the magic is in the details.” So here are four enticing clues about what to expect in the forthcoming Star Wars attractions. 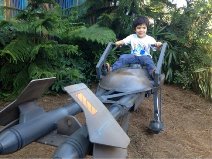 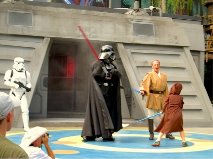 The technological key to all of this will doubtlessly be the same RFID platform that powers your MagicBand. But instead of merely admitting you to the Disney Parks, your Disney hotel room, and your pre-booked FastPass+ attractions, your MagicBand will eventually endow you with Jedi-like powers, immersing you in your own personalized, customized Star Wars universe.

What are your expectations for the new Star Wars-themed sections coming to the Disney parks? Feel free to post your thoughts in the comments section, below. And May the Force be with you! 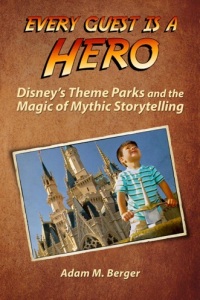 Adam M. Berger is a professional attraction show writer and design consultant, and the author of the book Every Guest is a Hero: Disney’s Theme Parks and the Magic of Mythic Storytelling—available in print and e-reader editions from Amazon.com and other fine online booksellers. 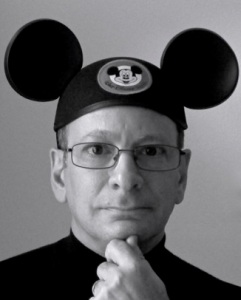 New Star Wars Weekends 2014 Details Revealed! First, a fireworks show will be displayed every night of the event featuring Star Wars music, similar to the “Symphony in the Stars” Disney displayed for Limited Time Magic last year on May the Fourth. Disney has also revealed that a “new evening experience” on Hollywood Blvd will be part of the weekends, but didn’t specify what exactly that will be.

James Arnold Taylor will once again host the weekend, wrapping up his intergalactic adventure as the voice of Obi-Wan Kenobi on “Star Wars: The Clone Wars.”

“As the Rebel Alliance continues its fight for freedom and democracy in the Star Wars galaxy, the phantom puppetmaster himself, Darth Sidious (aka Emperor Palpatine), has issued a new galactic decree about Star Wars Weekends 2014 at Disney’s Hollywood Studios.

While some of his blue-hued holographic transmission was garbled, the Emperor has ordered his Galactic Empire to create a demonstration of force and power that can be seen high above Disney’s Hollywood Studios during Star Wars Weekends 2014. This has caused much talk in the galaxy that a gala fireworks show featuringStar Wars music will be presented each evening this year.

When consulted, several protocol droids further translated the Emperor’s message. These translations reinforced the conclusions that there will be a new evening experience for Star Wars Weekends guests on Hollywood Blvd. in the Walt Disney World Resort theme park.

However, that’s not the end of this story.

When the Rebel Alliance secretly learned of the Emperor’s plans from a hidden message decoded from an astromech droid, they decided to extend the galactic gala one more weekend in 2014.

In order to convince more guests to join the Rebellion, a 5th weekend is now being added to Star WarsWeekends 2014. The new event dates are every Friday, Saturday and Sunday from May 16-June 15, 2014. The theme for this year’s event is, appropriately, “Join the Rebellion.”

In addition to offering a first-look at this year’s event logo above, we’re pleased to announce James Arnold Taylor will return to Star Wars Weekends 2014 as the event’s official celebrity host. Taylor, a Star Wars Weekends fan favorite, is the voice of hundreds of animated characters, including Obi-Wan Kenobi on “Star Wars: The Clone Wars.” 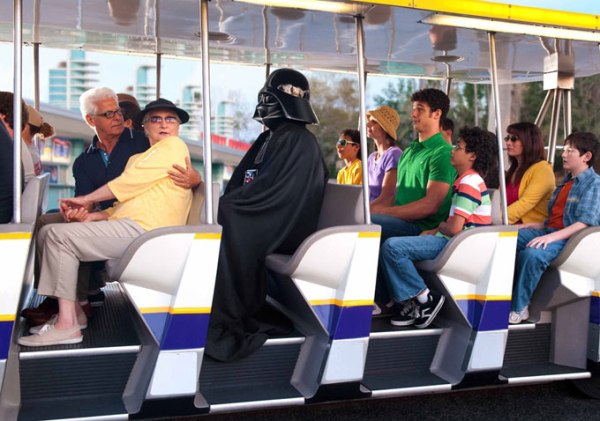 Star Wars Weekends is an annual special event at Disney’s Hollywood Studios that celebrates the legendary Star Wars Saga and the animated television series, Star Wars: The Clone Wars. On Friday, Saturday and Sunday of each weekend, you can join celebrities and characters for special shows, panels, presentations and more.

The dates for 2013’s Star Wars Weekends at Disney’s Hollywood Studios have been announced.

James Arnold Taylor and Ashley Eckstein will be the celebrity hosts for all 4 weekends.

Disney’s Hollywood Studios admission is required. Availability is limited for some events, which may be cancelled at any time.

In 2013 there will be more than 60 characters representing all six of the Star Wars films: Star Wars, The Empire Strikes Back, Return of the Jedi, The Phantom Menace, Attack of the Clones and Revenge of the Sith.

Here is the list of some possible characters we may see in 2013:

(NOTE: These are characters, not the actors who portrayed them.)

This is the first year Star Wars Weekends will be run under new ownership, so to speak. Walt Disney Company recently purchased Lucasfilm and owns the rights to Star Wars including plans to release three new films in years to come. 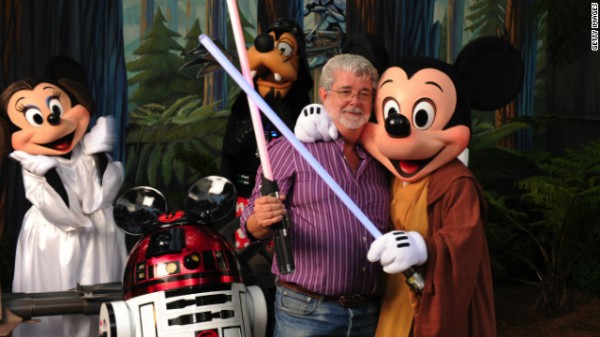 So far we know:

Disney’s FASTPASS Service will be used for all autograph sessions during Star Wars Weekends. It works the same as it does for attractions. A limited number of FASTPASS tickets are available. You will pick up your ticket with a scheduled autograph return time (instead of a ride time). You then get to go enjoy the park until your FASTPASS autograph return time. When your return time comes you just go to the autograph location. Each guest must be present to receive a FASTPASS. Once the tickets for an actor are gone, Disney will distribute a limited number of stand by tickets with a return time. Check the park guide for more details.

If you feel a tremor in the Force, it might be because of a new merchandise feature at Disney’s Hollywood Studios opening in time for Star Wars Weekends.

The new Droid Factory is a build-your-own toy experience within the Tatooine Traders store near the Star Tours ride. For those not familiar with the intracacies of the Star Wars universe, it’s basically R2-D2 and his pals. R2-D2 is an astromech droid, and R2 is just one of a slew of said droids.

Disney Parks released a video  showing details of the new feature. In the video, Disney Parks toy designer Brad Schoeneberg said, “One of the problems I had when I was a child was that in my droid playset, I never had enough droids. You need a droid army.”

“Now with the Droid Factory, you can actually build and name your very own action figure.”

According to the Disney Parks blog, the idea for the Droid Factory has been around since 2009. At launch, there are 71 different pieces available from which fans can build literally thousands of permutations of the 3 3/4-inch toys. You can read more details about what’s available on their blog.