There is a new Disney princess movie! In fact there are two princesses- sisters Anna and Elsa-in the movie Frozen.

Frozen is loosely based off of Hans Christian Anderson’s story the Snow Queen. While you may not realize it, Hans Christian Anderson is the writer of some of the most beloved children’s stories in existence. He wrote The Little Mermaid, Thumbelina, The Princess and the Pea, The Emperor’s New Clothes, The Ugly Duckling, The Steadfast Tin Soldier, and my favorite, The Little Match Girl (*note* if you do choose to watch this link of the Little Match Girl, grab a tissue).

Disney has done many of Anderson’s stories whether it’s a full length movie or a short film and now Disney will be able to add this production to its collection.

(A note from Krista: This post has been written by guest author Laura Bensen. Laura is a life-long Disney lover. She was born in Ventura CA and spent many weekends as a child at Disneyland with her family before she moved to Tacoma WA. Laura enjoys reading, writing, and learning languages. She also speaks fluent Disney. )

The Stories
In The Snow Queen, the story centers on the struggle between good and evil. The main characters are a little boy and a little girl. The boy becomes (literally) blinded by evil (an evil splinter) and is picked up by the Snow Queen who takes him into the wilderness to her snow castle to keep her company. The queen doesn’t do anything to harm him. She kisses him twice-once to numb and protect him from the cold and the second time to make him forget about his family. She sounds, simply, like a very lonely lady with only her snow bees to comfort her. The little girl treks across the wilderness searching for him with the help of a reindeer and a robber girl.
Frozen’s story is slightly different. Anna’s sister, Elsa, has secret magical powers that she has struggled controlling her entire life. Elsa accidentally loses control of her powers and curses her kingdom, by name of Arendelle, to a constant state of winter. Distraught, Elsa banishes herself to the mountains in Norway to live in by herself in snowy exile. Anna goes in search after her sister into the Everest like conditions of the mountains. Along the way she makes friends with an ice harvester, by the name of Kristoff, his loyal reindeer Sven, and a magical living snowman named Olaf. 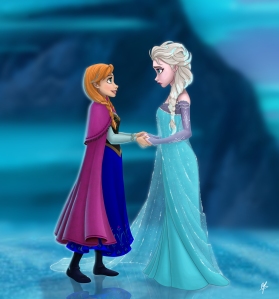 • Kristen Bell, from Veronica Mars and Forgetting Sarah Marshal will be playing the voice of Anna.

• Idina Menzel, from Enchanted, will be the voice of Anna’s sister Elsa, the snow queen.

• Jonathon Groff from Glee will voice the character Kristoff and Josh Gad, from The Book of Mormon, will be the voice of Olaf.

It is safe to say this movie will be jam packed full of amazing songs as Menzel, Gad and Groff have all had experience on Broadway. Menzel has been part of the original cast in productions like Wicked and Rent, Gad in the new musical The Book of Mormon and Groff in Spring Awakening. Kristen Bell also started her acting career in the Broadway production of The Adventures of Tom Sawyer.
Bell has always had a beautiful child-like twinkle to her voice but she just recently had a baby. In a People magazine article, it said that Bell’s voice changed to a deeper more motherly voice and they had to re-record her lines so her voice matched. It is unknown how far this will set them back because when making animated features, the voice acting is recorded first and then animators use recordings of the actor’s expression and motions when making the scenes for a movie. New recordings could mean they have to redo a lot of Anna’s scenes.

New Relations
Frozen is going to attempt something never done by Disney before. It is going to have a positive (royal) sibling relationship. Some of the Disney siblings we have seen in the past include Mufasa and Scar from The Lion King and Cinderella and her step-sisters- both where the siblings are not the greatest set of people. Even harder to do that having a positive sibling relationship is to make the dynamic between sisters work and be believable. 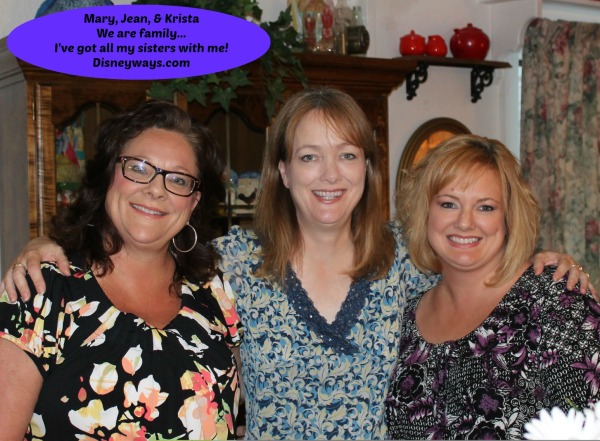 Any girl with a sister knows that that is not an easy relationship to maintain. It changes like the tide. One moment you are inseparable friends and the next you want to claw each other’s eyes out. It’s unexplainable but through thick and thin we come through for each other in the end. Frozen is definitely going to be a movie that will bring sisters together everywhere.
Frozen is scheduled to release on Thanksgiving Day this year so get together with your sister this November and prepare for another delightful Disney experience that will leave you feeling grateful for each other once again.