Ant-Man and The Wasp is the 20th movie in the Marvel Cinematic Universe. The MCU has really evolved into a blockbuster franchise. I think that they have some really great movies, especially in their Phase 3 (2016-2018) “Spider-Man:  Homecoming” and “Dr. Strange” come to mind.  I was of two minds about seeing this film AFTER “Avengers:  Infinity War”.  The time-line of this film takes place after “Captain America: Civil War”, but before “Infinity War”  I wasn’t sure how it was going to play out after such a character changing movie, however, I was certainly ready for a ‘light-hearted’ superhero story!  Especially if the first “Ant-Man” was any indication!

Paul Rudd returns as Scott Lang (Ant-Man), and he is certainly growing into the role.  Since the first film, Scott is maturing as a man and a father.  This film’s open finds Scott under home confinement thanks to a plea deal he took for siding with Captain America in “Captain America: Civil War”.   The years of being under house arrest have driven Scott to find creative ways to entertain himself, and he is able to enjoy visits from his daughter Cassie.   His friend, former burglar, Luis (Michael Pena) is running a ‘security’ company now, with help from Scott at home.  Although Scott is nearing the end of his isolation he knows F.B.I. Agent Woo (Randall Park), is waiting for him to slip up in some way, and with a possible twenty year prison term in the balance, he is doing everything by-the-book.  Hope (Evangeline Lilly) and her father Hank Pym (Michael Douglas) are also angry with Scott because he took the Ant-Man suit and helped Captain America without their permission.  As fate would have it, a strange dream, involving Hope’s mother Janet (Michelle Pfieffer), causes Scott to contact Hope who in turn takes Scott along with her to get to the bottom of the dream. Scott is naturally reluctant as he is days away from freedom, and being discovered out and about and consorting with his wanted former associates would not be good for his eventual release. Adding to this already complicated situation, is a shady tech dealer named Sonny Burch (Walton Goggins) and a mysterious new adversary named “Ghost” (Hannah John-Kamen) who complicate matters and force Scott, Hope, and Hank to contend with issues all around them as they race against time on an urgent mission while trying to stay away from Agent Woo and his team.

The chemistry between Paul Rudd and Evangeline Lilly is great, and they work well off each other.  Both are fun to watch on-screen as they continue to bicker amongst themselves, all while trying to be a superhero team.  I have to say that I am surprised at how much I like Michael Douglas as Hank (the original Ant-Man).  He is fantastic as the father-figure/mentor that Scott and Hope need to finally become real partners, and friends.  He is definitely the ‘glue’ of the team!  Micheal Pena also reprises his role as Luis, and, in a film filled with some great comedic performances, still manages to steal many scenes!  Randall Park also manages to garner some laughs with his “Adam West-style” dead-pan delivery as straight laced Agent Woo.  Walton Goggins has perfected the ‘smarmy businessman/shady crook’ character over many years of work!  He is absolutely believable as this black-market tech dealer.  Hannah John-Kamen has the interesting task of introducing us to ‘Ghost’.  A character that first presents as an evil threat, but becomes more of a sympathetic/misunderstood character!  This leads me to my only real “problem” with this movie.  While both Goggins and John-Kamen do a nice job with their characters, they still come across as more “TV bad guys”!  Formidable to be sure, but still more like something ‘Daredevil’ or ‘Luke Cage’ might come up against in the Marvel TV Universe.  This is not a slight in any way to the characters, or actors, they just seem a bit out of place here.  Understandably,  it would be silly to pit Ant-Man against the likes of a ‘Loki’ or ‘Red Skull’, much less ‘Thanos’, however he does deserve to have a nemesis that requires a ‘super-powered’ hero.

That being said, this film is still great fun to watch, and it does have some great character moments as well as humor around the build-up to the action sequences. The action, and there is plenty of it, mixes some great visual FX with some humor (i.e. – as Hope and Scott are forced to jump between household and everyday items at various sizes to contend with the threats presented to them).  There are also some hilarious moments as Scott deals with various suit malfunctions that interfere with his actions.  Finally, as we’ve come to expect with MARVEL, there are some post credit scenes that, without giving anything away, help to tie this film into the MCU.  Make sure you stay all the way to the end!!  This film is an action packed thrill ride filled with fun characters, interesting story line, and fantastic performances by the actors!!  Put this one on your list!  It’s worth it!! 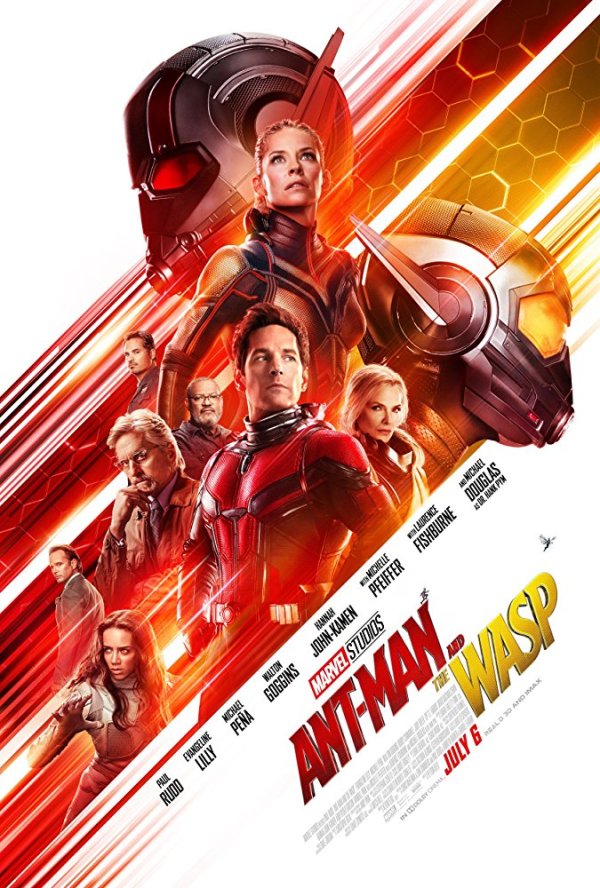 **Please note that I was invited to a complimentary viewing of this movie on Monday July 2, 2018 so that I could bring you this review on behalf of Krista Joy at Disneyways.com. The free admission in no way influenced my review, and all opinions are my own.**

ABOUT THE AUTHOR: Peter Alden Grigsby is a Florida native. Pete has appeared in an episode of the Mickey Mouse club, was a Jungle Cruise Skipper, “friend” of the Rocketeer, tram driver on the backlot tour, and opening day cast member at Disney’s Hollywood Studios (formerly MGM). When he’s not writing movie reviews, he is performing as a singer and tribute artist all over the world and currently has a cover album of Disney songs called Kingdom Classics