10 DISNEY FILMS THAT WILL INSPIRE YOU TO TRAVEL

Disney films are beloved and admired for their colorful story-lines, enchanting and beautiful princesses as well as handsome prince charmings. All movies that Disney creates are loved not only by children, but everyone who are young at heart because they simply showcase beautiful musical scores and shows stunning pictures. Over time, Disney continues to create memorable
memories and inspiration brought about by magic and dreams. 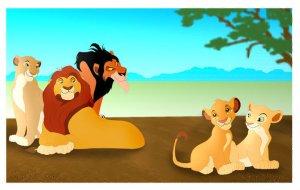 This classic Disney movie has surely created wonderful memories because of the morallessons it brings, songs that marked in every child’s life and of course, the stunning settings of this film. The scenery of this film was inspired by a gorgeous desert in Africa – Serengeti, which is located across northern Tanzania and southwest of Kenya. This safari desert is life-changing like how it was pictured in the movie as it holds beautiful landscapes and wild animals that will surely spark your wanderlust. This movie will awaken your adventurous side as well as you desire to see more of this wonderful world. Hakuna Matata and enjoy life!

As a child, you were surely dreamt of riding the magic carpet and wonder how it feels like to see the world up in the sky. Aladdin is a movie based on Arab folklore that is full of enchantments – a magic lamp, a genie and three wishes. The movie has highlighted several stunning places like pyramids, palaces, deserts, alley ways and even China. But did you know that the Sultan’s Palace in the movie was inspired by the real life famous architecture in India – the Taj Mahal.

Showcasing the countryside and unique cultures of China, Mulan is a story about a fearless girl who disguised as a man to go to a war. The Emperor’s Home in the movie was actually inspired by the Forbidden City in Beijing, China. If you remember the famous line told by Fa Zhou to Mulan about life and how it should be enjoyed, you will surely be moved to accomplish your dreams and go on different adventures and explore the world.

Remember the scene where Elsa went away from her kingdom to elude people’s judgment about her hidden capability? The ice palace she created as a place she could live for isolation was based on the concept of Hotel de Glace in Quebec City, Canada. The hotel is surrounded by snow vaults and crystalline ice sculptures that open during winter. This fortress has 44 rooms, abundant ice sculptures, and imposing snow vaults. This film by Disney will surely motivate you to free yourself from fear and give you the
opportunity to do things you want without worrying about other’s verdict. Do you want to build a snowman? 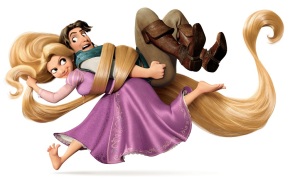 Rapunzel, leaving the tower to take control over her own life brings inspiration to go on the road and explore different adventures. If you have watched the movie and look forward to seeing settings like the places featured in this film, then the real life places that were actually used as inspiration for this movie will completely amaze you. The tower was inspired by the Mont Saint-Michel in Normandy, France – a fortified islandcommune with a population of 44 people. The art director of the movie chose this location in order to create gallant painting style. Additionally, the scene at the lake fullof floating lanterns was taken insights from the annual festivity in China, Taiwan and Thailand.

Who would have forgotten about the exceptional and adventurous journey of Carl and Ellie? Ellie’s desire to fulfill his and his wife’s dream of going to Paradise Falls was fortified after his wife passed away. Voyaged through Carl’s house hovering in the air has amazed children and the paradise Falls has enthused people to see a similar setting. Well, you may want to visit the Angel Falls in Venezuela’s Canaima Natural Park where this famous setting has been based. It is known as the world’s highest uninterrupted waterfall, it is also called as “waterfall of the deepest place”.

As Lilo and her family ventured towards the world, it has left a moral lesson about the importance of family and the bond created by traveling together. The settings of this film were enthused by the landscapes of Kauai town in Hawaii which was perfect for its homey-inspired tale. 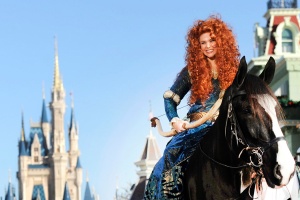 Merida, a fearless girl who’s desperate for freedom from her royal family set foot in the woods alone for the liberty she wanted. Brave features beautiful ruins, majestic landscapes and castles along Merida’s journey and some of it were actually real pictures that you can visit. This movie will surely inspire you to visit Eilean Donan Castle, which is known in the film as DunBroch Castle. Built during the mid-13th century, it is located in the Scottish highlands and is overlooking the sea. If you are fond of historic places and folklore, visiting Eilean Donan Castle is what you might need to satisfy your wanderlust. 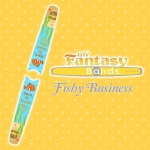 The film was set in Australia’s Great Barrier Reef, located off the coast of Queensland, it is one of the seven natural wonders of the world. Watching this movie may inspire you to book a scuba diving classes, go snorkeling to a marine conservation or even urge you to book a trip to Australia.

The movie is about some animated characters coming into the real world and becoming real people. Based in New York settings, this film features various scenes featuring the Central Park will surely make you want to visit the busiest city in the world. This romantic comedy movie will surely bring in the wanderlust in you as the urbaninspiration and soundtracks will motivate you to see the world.

Inspired to travel? Open your travel planner now, and create your own magical and enchanting Disney-like escapades!

About the Author: Jason Biondo is a travel junkie and an amateur bodybuilder who loves to share insightful tips to his fellow travelers and fitness enthusiasts. He is also a User Interface Developer Consultant and the founder of Trekeffect. 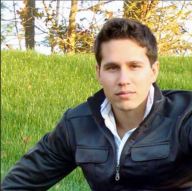