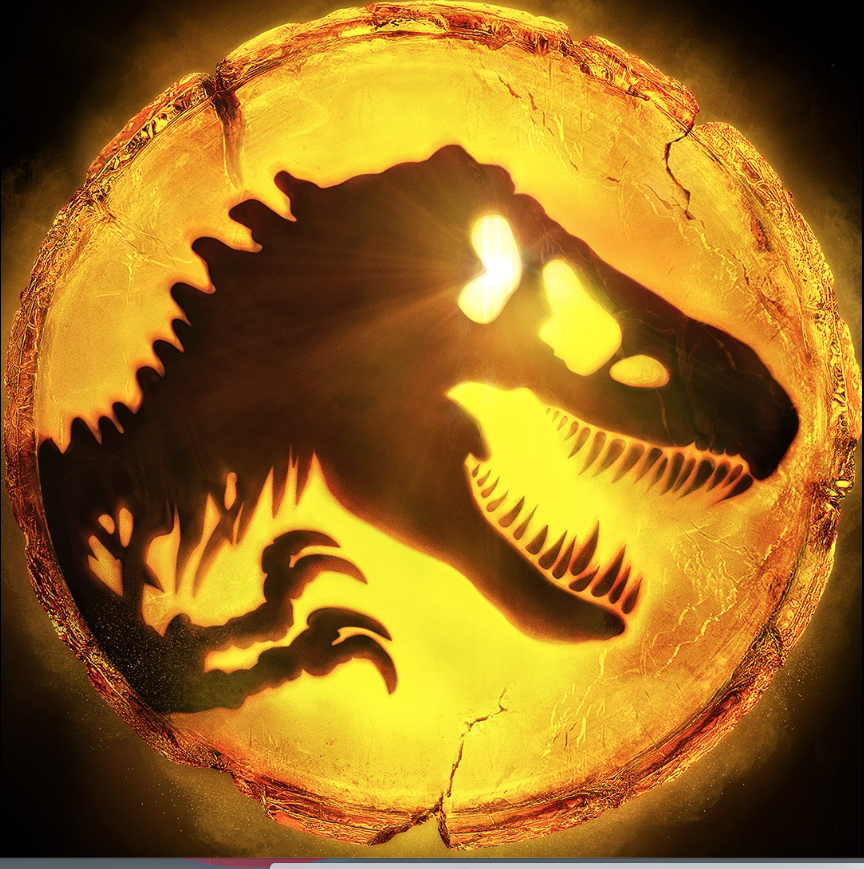 After 65 Million Years (and a few decades), dinosaurs once again roam the Earth as “Jurassic World Dominion” opens June 10, 2022. Following the events of 2018’s “Jurassic World: Fallen Kingdom”, the story picks up four years later and we are given a quick update on the state of the world via a TV news report that sets the stage for the action. It also introduces us to a new corporate player, Biosyn Genetics. A rival company to InGen, the original company that brought the Dinos back in the very first “Jurassic Park” film. However, is Biosyn really what it seems? Or is there something sinister happening behind closed doors?

This film reunites us with Owen Grady (Chris Pratt) & Claire Dearing and picks up their story as they live in a remote cabin in the woods trying to protect their adopted daughter who is being sought after by several people who want to use her for their own purposes. Also returning to the franchise is the O.G. trio of Dr. Alan Grant (Sam Neil), Dr. Ellie Sattler (Laura Dern) and the amazingly quirky crowd favorite Dr. Ian Malcom (Jeff Goldblum. New Characters joining the cast are pilot Kayla Watts played by DeWanda Wise (“She’s Gotta Have It”) and Cambell Scott (“The Amazing Spider-Man” franchise) as the CEO Of Biosyn, Dr. Lewis Dodgson. 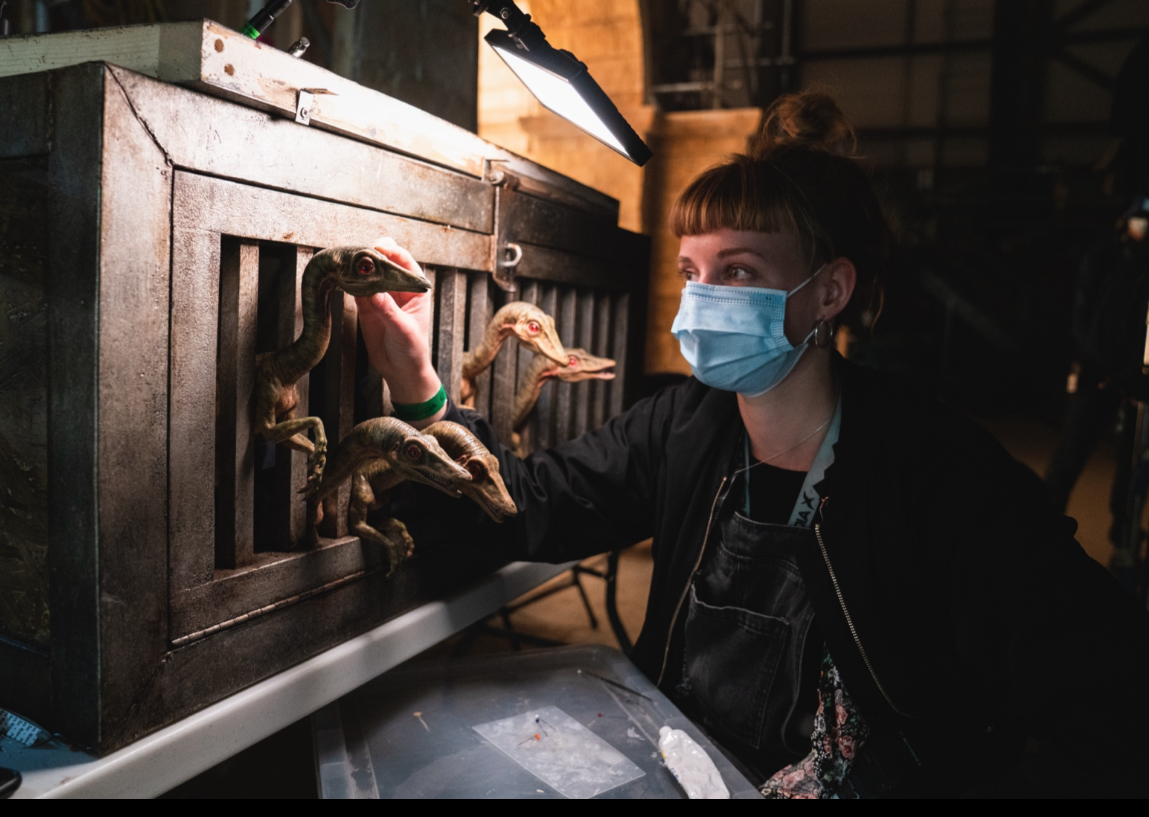 There is nothing particularly groundbreaking or surprising about this sixth installment in the “Jurassic Park” series of films. The message is pretty much the same as it’s always been. “Bringing back dinosaurs to our world was a huge mistake. However, now that they’re here, we all have to learn to co-exist with each other. I remember sitting in the theater in June of 1993 and having a sense of awe and wonder watching Dinosaurs “live” once again. There was an element of “WOW! How did they do that?” now, 29 years later, with the advancement of CGI, things may look more “real” but the majesty is gone.
“Jurassic World: Dominion” is just another monster movie now. And that’s not to say that that is a bad thing. The lady sitting next to me really got invested and jumped SEVERAL times at all the “GOTCHA” moments in this film; and there are plenty. I personally felt they were throwing everything that they had at the screen and hoped something would stick. The plot is fairly convoluted. Not in an “I can’t understand or follow what is happening.” way, but in a MORE IS MORE kind of way. Although I’m only speculating on this, it seemed like the studio wanted to get in on the nostalgia bandwagon and said, “We need to have our current crew team up with the original cast for an adventure. Now, go figure it out!”. So, in doing that, the film never seems like it quite knows what it wants to be or where it wants to go. 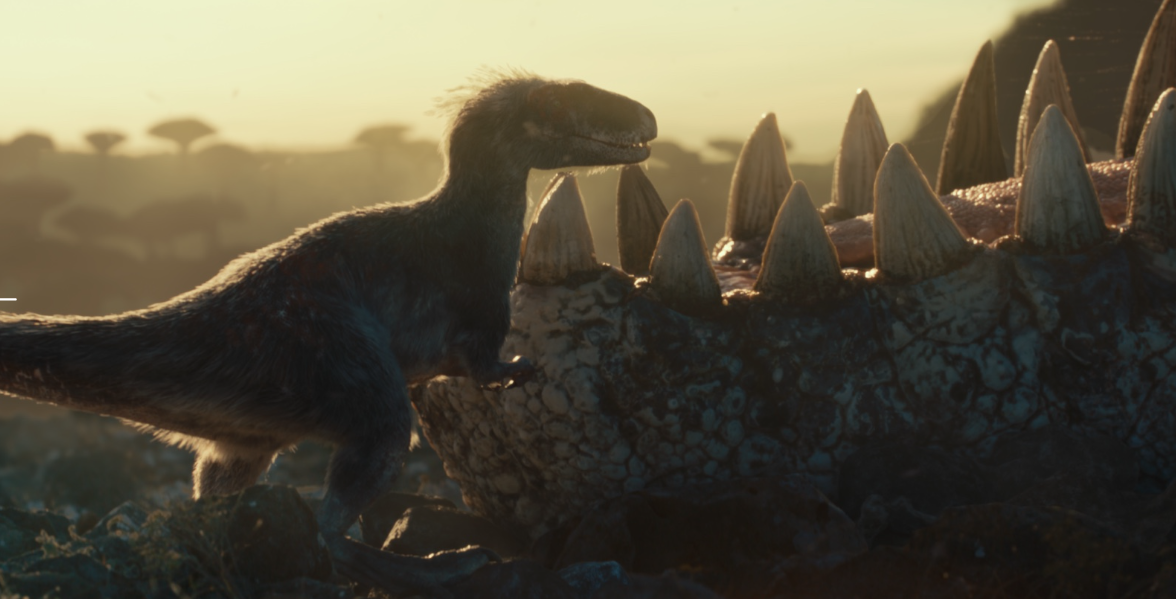 Granted, making a SIXTH installment of ANY movie franchise is never easy. The visual effects are good and convincing (there were only two quick insert shots that were lit poorly and gave the effect away) but other than that, everything was well shot and executed. Director Colin Trevorrow (“Jurassic World”) returned to the franchise he helped to re-boot in 2015 and did the best he could with what he was given. At 2 Hours and 27 Minutes (remember, MORE IS MORE!) this film could stand to be cut back to a really tight 1 Hour and 45 minutes, but it does tick all the boxes for a big summer popcorn movie.
So although it is a pretty standard By-The-Numbers Action/ Adventure film with no REAL sense of stakes or jeopardy for the main cast, it’s intended audience of children, teens, and young adults will likely love it!

Peter Gould is a 50 year old man-child who enjoys motion pictures and filmmaking. So he’s got THAT
goin’ for him… which is nice.