My fiancé and I have four sons, Kevin (15), Kyle (14), Tyler (13), and Austin (almost 12). We all went to Orlando a few weeks ago in January. We were fortunate to get to spend time in both Walt Disney World’s Animal Kingdom and Epcot and Universal Studios.

I’m a life-long Disney fan, but I was surprised at how much I enjoyed Universal Studios. I was curious what our teens thought about the parks. Some of their perspectives surprised me! Here’s what they loved—and what they didn’t love.

I preferred the Express Pass system at Universal to Disney’s FastPass. It helped us to get on a lot more rides. At Disney, you only get FastPass for a few rides.— Kevin
I enjoyed some of the rides, especially Despicable Me: Minion Mayhem. It felt like you were really there, on that ride simulator especially because you had your own seat, so you really felt the movements.—Kyle
I liked the line for the Fast and Furious ride because it had a bunch of car parts, gun stuff to look at, and famous cards along the way. There was lot of eye candy to look at while you were waiting.— Kevin.
I didn’t like the Fast and Furious ride. It didn’t even feel like you were moving. —Kyle
I loved the Rip Ride Rockit Coaster! However, in general at Universal, I felt there were too many simulation rides and not enough physical rides. —Austin
My favorite Universal ride was Revenge of the Mummy because it actually “moved through space” and wasn’t just a simulator ride. —Tyler
One on our way out of the park, we were asked to take a survey, I thought it was great that they were asking for feedback. I felt that they really cared about our experience and how they could improve. I felt my opinion was taken into consideration, which was nice.—Kevin
I though the nighttime show was ok but not as good Fantasmic at Disney’s Hollywood Studios!—Tyler
I was disappointed that City Walk was so much smaller than Disney Springs. —Austin
But at least you can just walk to City Walk. You don’t have to take a bus like you do to get to Disney Springs. —Kevin

Universal Studios Food
I really enjoyed the churros. But they were a little dry.—Kevin
I disliked the food. We ate at Monster Café. —Tyler
The food tasted like it had sat out for a long time. —Kyle

Walt Disney World Rides
You can’t beat Flight of Passage at Disney’s Animal Kingdom. I even loved the stand-by line because there were so many things to look at. I especially liked the parts of the ride when you could smell things like the dirt.— Kyle
Because we stayed off property, we didn’t have the early access to FastPass, so we weren’t able to get FastPasses for Flight of Passage. We went there first thing, though, and only waited in line for around 45 min—Kevin
The wait was long for Flight of Passage.— Kyle.
Don’t take the Friendship Boats across World Showcase! It’s much faster to walk. —Kyle

Walt Disney World Shopping
Epcot is the most unique for shopping. You actually feel like you’re shopping, as opposed to just going to a gift store. —Tyler
I liked the Mitsukoshi Department Store. It was really neat.— Kyle
I really liked that the stores in Epcot World Showcase has to have people working there from those countries. It really felt like I was visiting those places for a little bit. —Kevin
I thought there were to many Disney-owned stores at Disney Springs. It felt like all of the stores were the same. I would like to see more nonDisney stores. —Kevin.
We bought grow your own bonsai trees and they didn’t grow!-Kyle 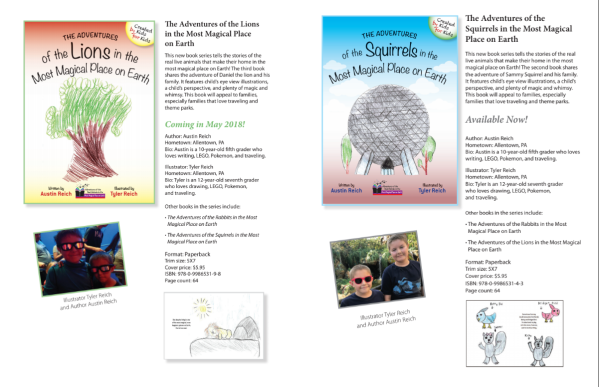